The Dutch telescope was (probably) invented by Jan Lipperhey in 1608. In 1609 Galileo Galilei heard about it. Based on descriptions, he began to design his own device. And this is how the beam path looks in the telescope.

Beam path in the Galileo telescope

A bi-convex converging lens with large focal length functions as the lens in the Galileo telescope. The converging lens focuses the incident light towards the focal point. A bi-concave lens is used as the eyepiece, which is placed within the focal length of the converging lens. Due to the special properties of certification lenses, the light rays are refracted so that they emerge again as parallel rays after emerging. The eyepiece is adapted to the size of the human pupil so that the rays can be completely absorbed by the eye. 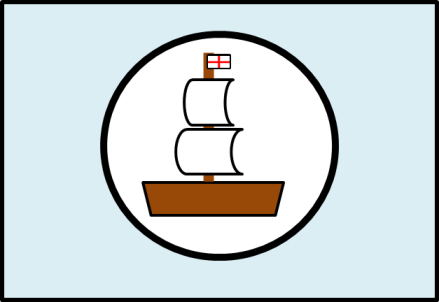 If you take a closer look at what happens when the rays enter and exit, you can see that the amount of light is concentrated on a smaller area as it exits. This is the reason why objects appear brighter in telescopes than with the naked eye.

Interesting facts about the Galileo telescope

Galileo Galilei presented his construction to the Venetian city administration. He showed the councilmen that with his telescope you can see ships in the distance that would only be visible to the naked eye two hours later.

After the presentation, he gave the city administration the right to manufacture and received a slight increase in his earnings in return. However, this was reduced again the following year. The high lords had probably cheated him. If he had marketed his device himself, he would probably have gotten very rich because it was of immense value in the military field.

Galileo observed the starry sky with his telescope and discovered interesting things at Jupiter. It was surrounded by several bright spots. These changed their position every day, but they stayed within a certain radius.

Apparently Jupiter had several moons of its own. At first there were only three, later there was even a fourth. This finding collided with the geocentric world view of the church. In their view, the earth was the center of everything and everything revolved around it. Accordingly, it was problematic to spread this knowledge. The trial was brought to Galileo and he had to spend nine years under house arrest.
Galileo also used his telescope to watch the sun. To do this, he colored the lens with soot. Today we know that this is not enough as a filter. Watching the sun was probably the reason why Galileo went blind in old age.

Galileo Galilei and the microscope

After Galileo learned about the design of the Dutch telescope in 1609, he worked on devices himself, where he tried different combinations of lenses. Depending on the focal length of the lenses used, the devices were suitable for magnifying distant things or viewing very small things at a short distance. Writings have been handed down from him in which Galileo describes insects that he had viewed with his microscopes.

Further Reading: (The History of Microscope)

In 1611 he traveled to Rome to present the results of his observations with the telescope to a group of other scholars. Among them were Federico Cesi and Johannes "Giovanni" Faber. Cesi was the founder of an organization called "Accademia dei Lincei" - the Academy of Lynxes. In this group he gathered a number of scientists who have set themselves the task of researching nature using new methods.

At that time, scientific work was defined in a very different way from what is common today. To be considered a respected sodium researcher, it was enough to rely on the “classics”. Scientific experiments as we know them today were not yet common. "As we know it today" means: make a hypothesis - carry out an investigation / experiment - find evidence - rule out any contradictions that still exist - gain logical insights. Before you could write: "Because Plato wrote it like this, A = B and therefore C = D ..."

With their modern methods, the members of the "accademia dei lincei" revolutionized the way science worked at that time. Accordingly, they also made enemies, especially the Church, which claimed to know the truth about the relationships in the world.

In 1624, Galileo gave one of his microscopes to his colleagues Cesi and Francesco Stelluti . Back then it was still called "occhiolilno" - small eye. The two began to observe insects and the following year the first drawing appeared, which was ever made using a microscope.